EQ Earplugs: an expert blend of innovation, technology and comfort to meet the requirements of even the most dedicated athletes, whenever they encounter water, wind, cold, or pollution.

Different perspectives on wearing protective ear plugs come from the surfer, Gautier Garanx, and the ENT surgeon Jean Sayeux, who specialises in conditions such as exostosis, when cartilage tissue grows out of the bones in the ear.

Interview from the surfer Gautier Garanx

Gautier is a amateur surfer who started surfing at the age of twelve. He has earned his spurs at a number of different hot spots such as Anglet, Biarritz, Les Landes and Guéthary when waves allow. His long years spent training have enabled him to become a big wave specialist and win the XXL Biggest Wave Award in 2013. 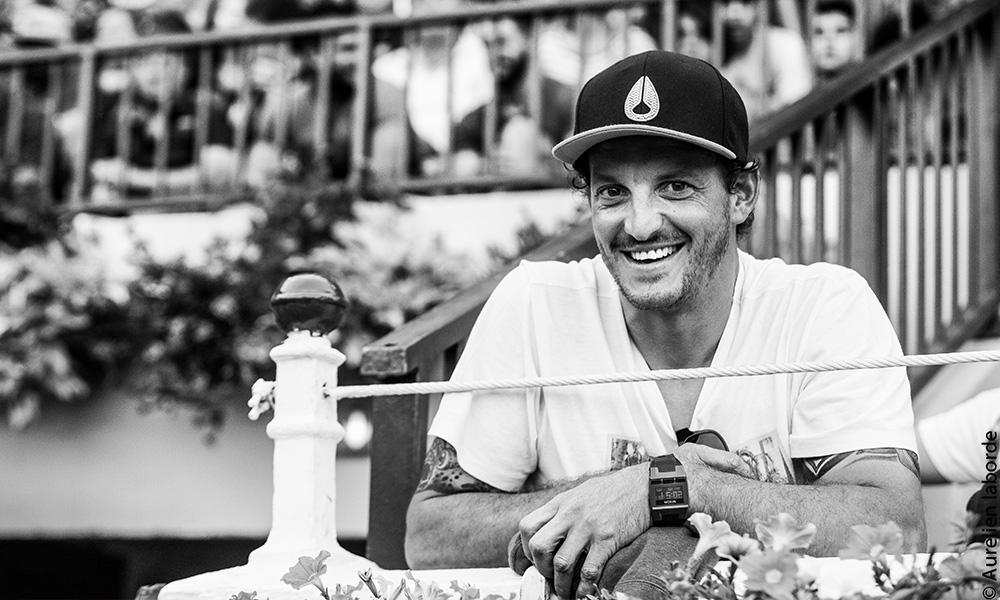 Can you tell us why do you wear earplugs?

Cold, wind and pollution are the reason why I currently wear earplugs during my surf sessions.

Winter 2014 was my first season with EQ EAR PLUGS. At the start, I was a little nervous because I had always felt that with ear plugs, you’re in a kind of bubble and you can rapidly lose your balance. For me, surfing with ear plugs in was like wearing a hooded wetsuit and for me, surfing with my head covered is impossible – I’d rather deal with the ice cream headache that you get in cold water than wear a hood! So when I put the earplugs in, I was pretty nervous to start.

Then I got going and tried them out. After using them for 10-15 minutes I suddenly forgot that I was wearing earplugs, which was a huge surprise. Very quickly you realise that it’s actually really comfortable, especially in winter because you can’t feel the cold water getting into your ears.

The thing that surprised me the most is that for once, I got through the entire winter without getting any seasonal diseases and for me, it’s important to be ready at any time, especially when you’re chasing big waves, because if the waves are there and you’re ill, you’ve missed your chance completely. So all in all, I had an awesome winter even though I’d been ill all through the last few winters – I always had a slight cold. But this winter, with the earplugs in – no more headaches and no more sinus trouble. It was awesome! 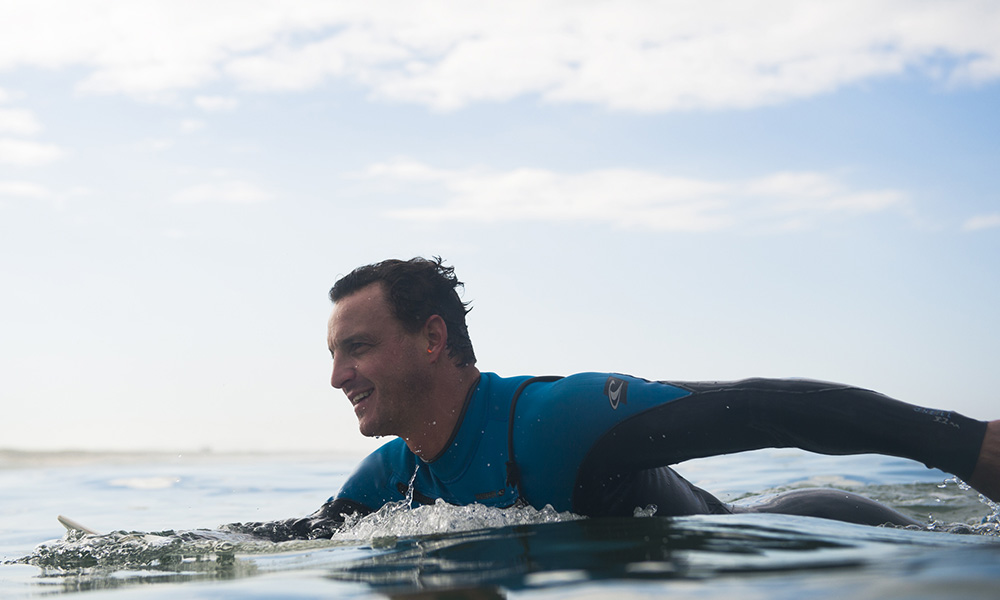 Do you suffer from exostosis yourself?

To be honest with you, I don’t know if I do have exostosis or not. I’ve never really looked into it with a doctor to know how badly I have it, or at all.

Whatever, it doesn’t bother me at all today so, as a precaution, I’m going to keep surfing with my EQ ear plugs in. 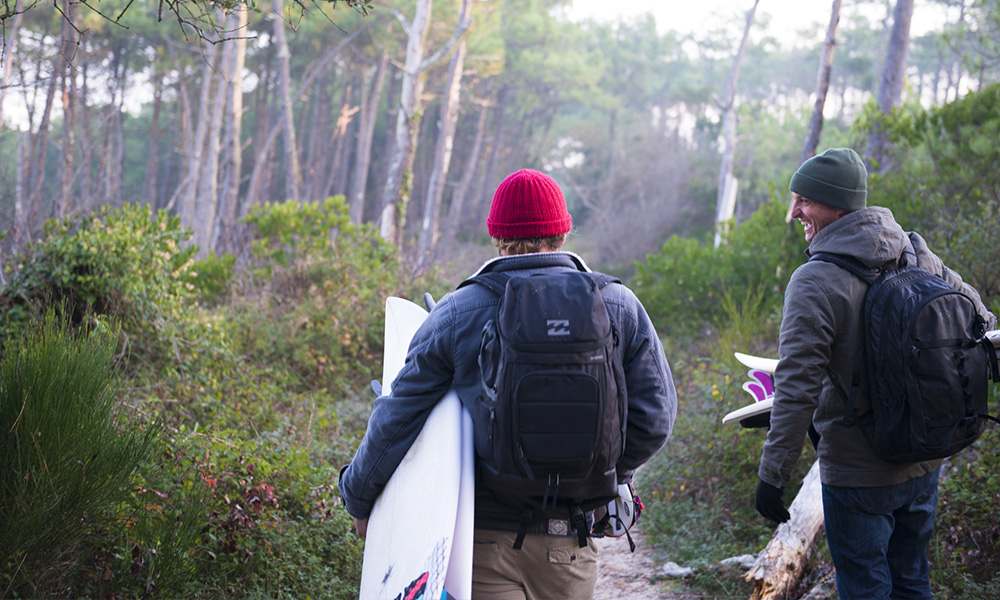 What are the technical aspects of the ear plugs that you like?

One of the things I like best about EQ plugs isthe colour. The fact that they’re fluorescent orange means that I don’t lose them when I’m changing. Visually, it’s awesome.

Another bonus is that the case is sealed, because my car basically looks like a beach – so the fact that the tube is sealed is great because it means that the ear plugs are protected. Once they’ve been rinsed and put back in the tube, the ear plugs remain clean and ready for the next session.

Before getting in the water – and also when I get out of the water – I don’t forget them because visually I can see them in the boot of my car or on the roof, so I don’t lose them. 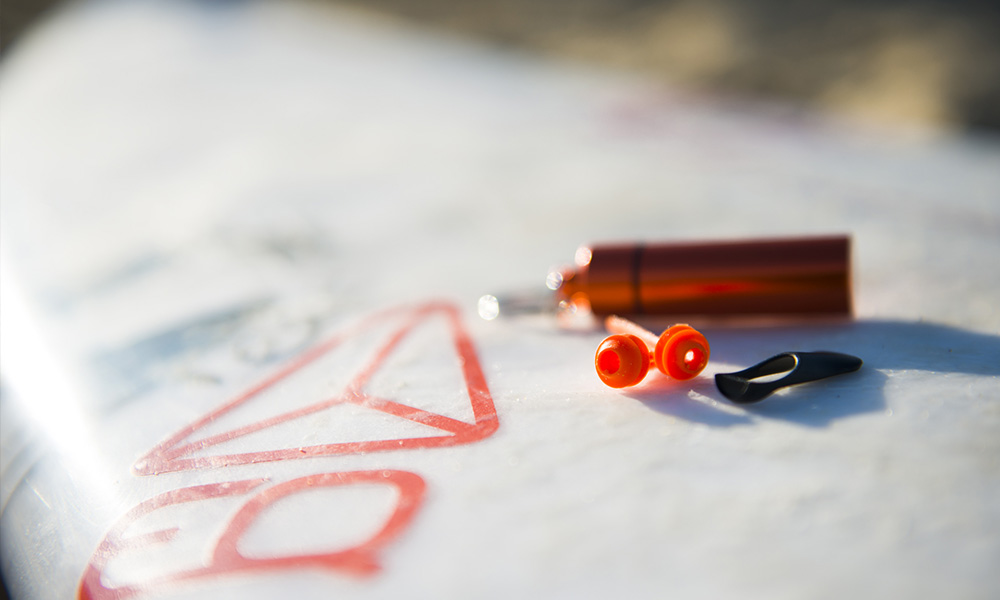 What it means in practice is that when you’re in the water and surfing with them in, what’s great is that once you’ve put them in by pushing two or three times with your finger, you’re ready for the whole session.

The benefit of the technology behind the product is that the ear plugs are so soft , they don’t break, and you can pull on them without worrying. Above all, they really do what they’re meant to do, which is to be a plug – and in addition they adapt to fit your ears really quickly.

For example, I spent all winter surfing with them in, with waves from 1.5 metres up to 5 or 6 metres in Guéthary using tow-in surfing. When I was surfing in Guéthary, I was riding a six-metre wave and I took a massive gulp… under the water my focus was on my vest, which was coming of, and not on anything else. Once I’d reached the safety of the jet ski, I realised that my earplugs were still in and I was surprised because they were exactly where they were supposed to be. What I’m getting at is that you end up forgetting all about them very quickly.

Do you hear when you are wearing EQ’s earplugs?

In terms of how you experience sounds when you have the ear plugs in, you still hear the noise of the waves,, you can have a discussion with your mates when you’re on the crest and that important because the waves don’t stick around for long. It’s awesome to be able to talk without taking them out.

One thing that is a bit disconcerting is the first session when you’re still adapting and you’re duck diving, you can hear your heart beating and you feel like you’re inside a bubble. On the other hand, once you’re above water, the sensation goes away like it was never there.

At the end of the day, what’s great is that when you dive, you don’t have to deal with the feeling of cold water inside your ears. I didn’t realise how bad it was when I used to surf without ear plugs: having experienced it before and after, in winter it’s way better if you use ear plugs when you’re surfing. 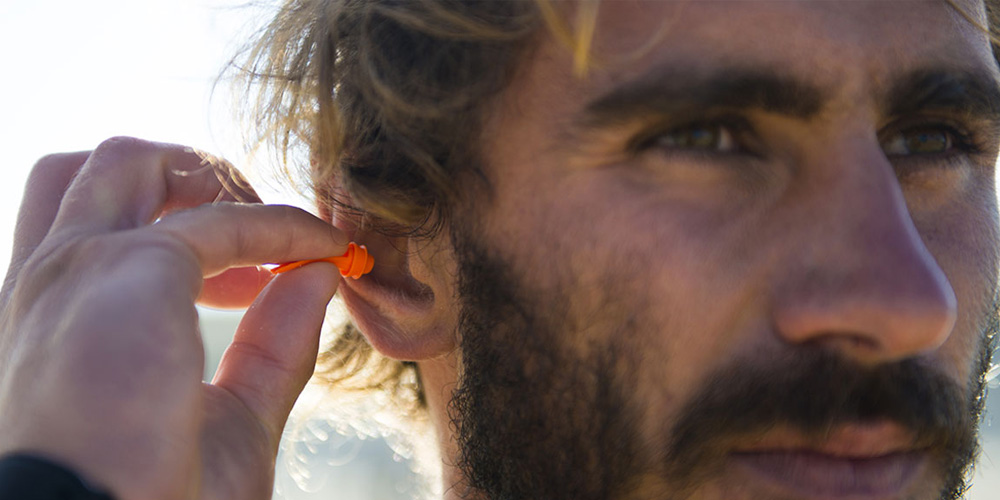 Gautier’s tips: The important thing is that you don’t have to adjust them in the water, because otherwise you’d have water getting in between the plugs and your ear canal, which is really horrible.

Jean Sayeux is an ENT surgeon who specialises in treating conditions of the external auditory canal. He was also involved in the development of EQ EAR PLUGS.

What is exostosis? What are the symptoms?

Exostosis is a condition that affects people who do water sports, particularly surfers.

Exostosis is caused by hyper-stimulation of the external auditory canal, which reacts to the cold temperatures, the water, and the wind, causing bony tissue to be produced, sealing up the auditory canal. This causes periodic obstructions and repeated infections in patients suffering from exostosis.

What techniques and treatments are available to combat exostosis?

The main weapon against exostosis is, quite simply, prevention. What that means is that wearing protective ear plugs is highly recommended, because ear plugs allow the canal to be isolated, reducing the number of infections and instances of obstruction and deafness that can occur for several days after a session in the water.

Prevention is really very important indeed, because when preventative steps aren’t taken early enough, we get cases of surfers suffering from stenosis. That means that their ear canals shrink very quickly and the only remedy in some cases is to resort to surgery.

Do year-round surfers suffer more than those who only surf in the summer?

Exostosis shows a direct correlation between time spent in the water and the severity of the condition. So the more time that you spend surfing in cold water (and off our shores that means below 20 degrees), the more the growth of exostosis will be stimulated. That means that you risk stenosis (shrinkage) of the ear canal. 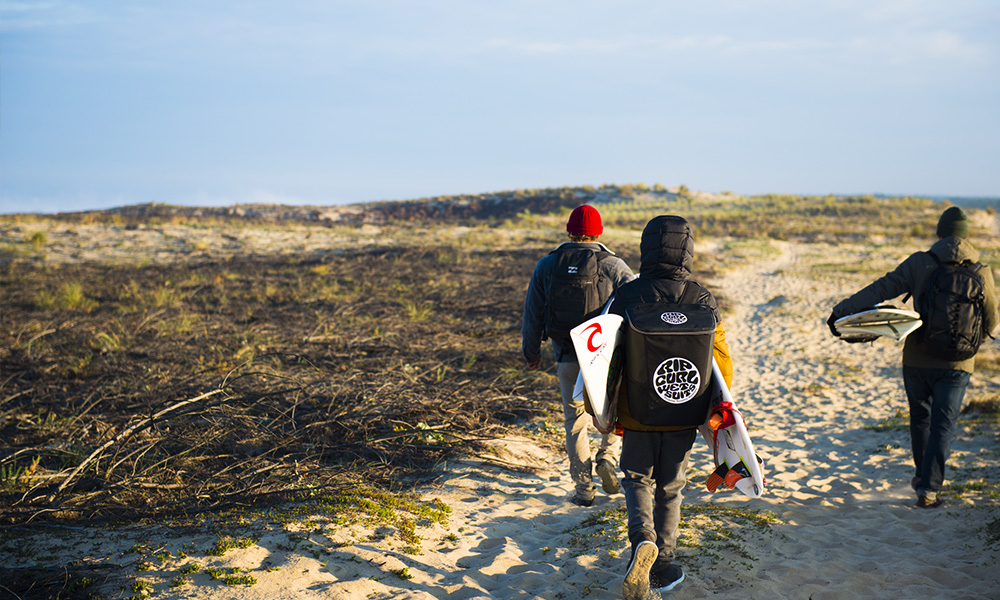 What conditions encourage the development of exostosis?

The rate of thermal transfer is the main factor that causes exostosis to develop. That means that wind speed also contributes to the condition. Kite surfers aren’t immune from it either.

Typically the condition affects slightly more right ear canals than left, due to the fact that the primary wind direction is from the north.

What impact does pollution have? 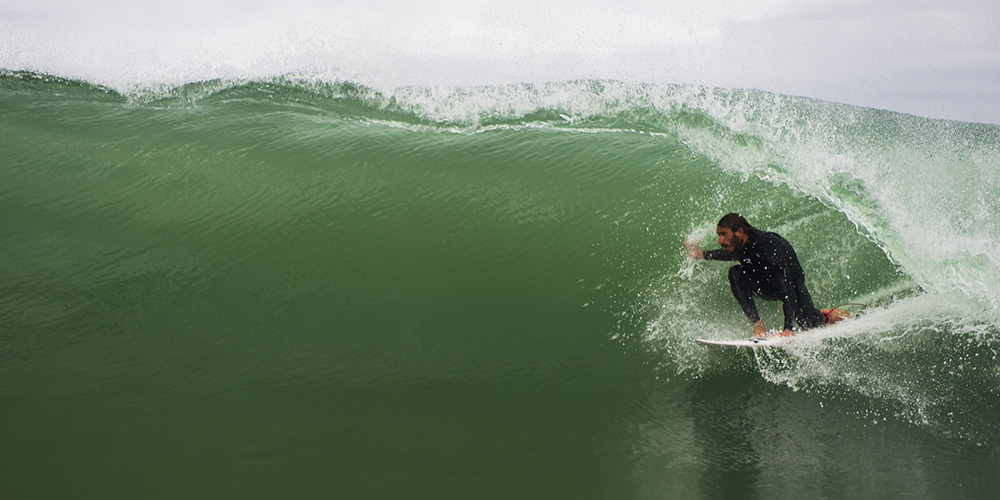 Is there a link between the frequency and intensity of functional symptoms and the degree of stenosity of the external auditory canal?

The clinical signs of exostosis, which include temporary deafness, and blockages are directly correlated with the extent of shrinkage in the auditory canal.

On the other hand, symptoms only appear when the degree of stenosis reaches 80%. That means that the condition remains asymptomatic for a long time. When the first clinical indications start to become apparent, it’s already clear that the exostosis is relatively advanced. That’s why it’s important to take preventative measures as early as possible.

Are ear plugs the most effective preventative measure that is currently available?

Only the most well adapted ear plugs have shown themselves to be effective. We carried out a study involving a cohort of surfers over the course of a year: wearing ear plugs slowed the pace of growth of exostosis by around 30%. The most important thing is to avoid the causes of infection and periodic blockages of the ear. So yes, ear plugs are an effective tool.

How is exostosis treated?

When you are affected by exostosis, it all depends on the amount of pain and inconvenience it causes you. If the stenosis is almost complete, surgery is the only effective treatment. On the other hand, if your lifestyle isn’t affected, you need to wear ear plugs and keep an eye on the progress of the exostosis in order to delay surgery as far as possible.

What if surgery is required?

If exostosis requires an operation, it involves highly specialised surgery which carries with it a certain degree of risk, just like any surgery. These risks include hearing loss and damage to the eardrum. Surgery is performed on an outpatient basis and you only spend a day in hospital. It is important to turn to specialist surgeons for help in order to minimise the risk of complications.

What advice would you give to prevent ENT infections?

What seems to be most important, especially to people who are predisposed towards infection, is that after each surfing session you rinse out your nose and ears with physiological saline solution. This sort of routine gesture should prevent the majority of infections. In respect of the ears, it can also be worthwhile drying your external auditory canal to prevent maceration from occurring.

Does this condition extend to people who do other kinds of sport?

Exostosis is largely confined to surfers, who are by far the largest population that is affected by it. On the other hand, exostosis can be identified in climbers, cyclists, kite surfers and even people who’ve never even had their head below water. There are always exceptional cases. 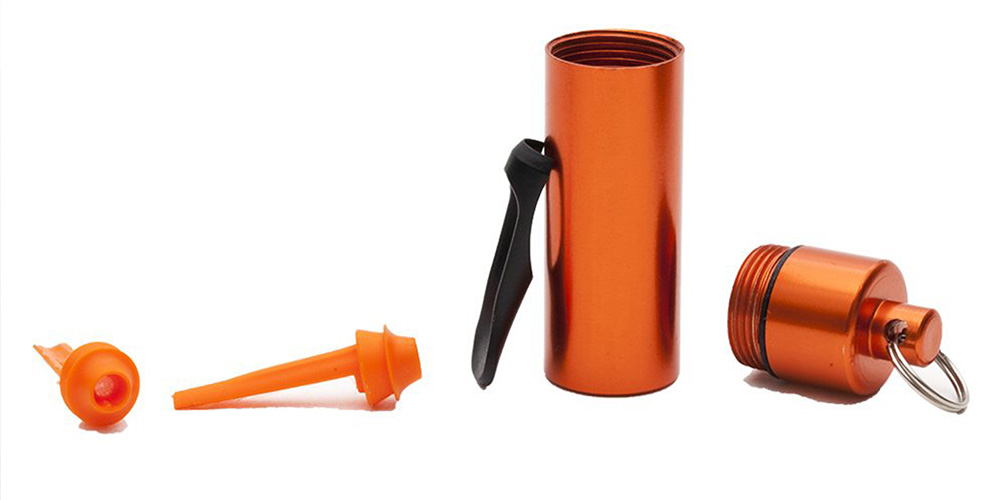 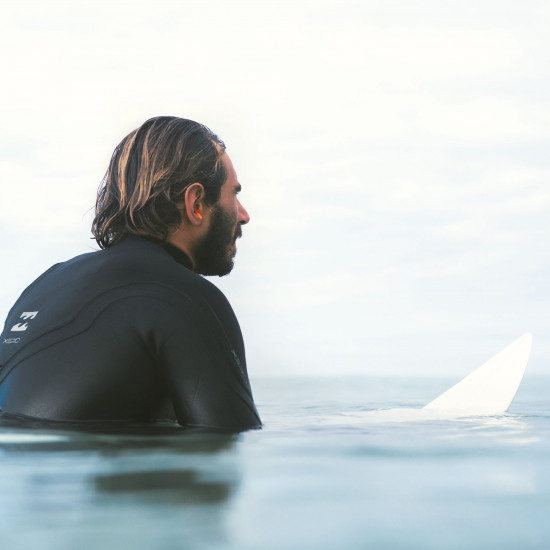 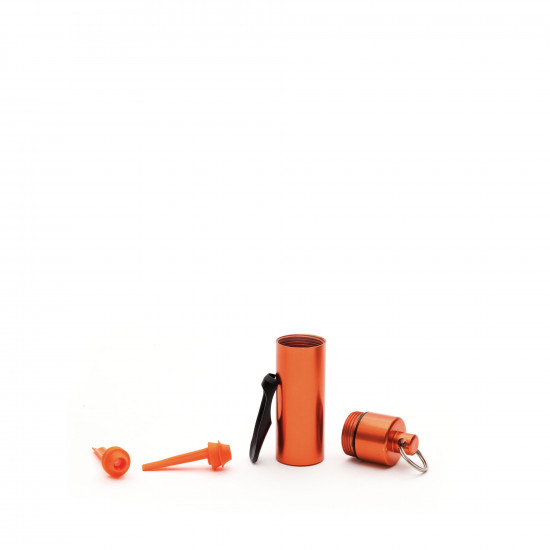 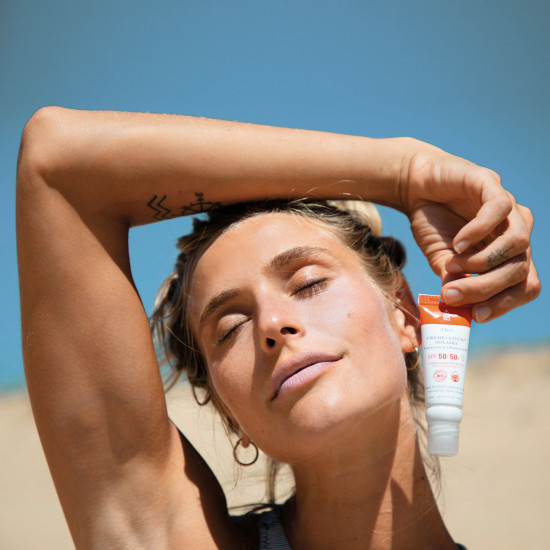 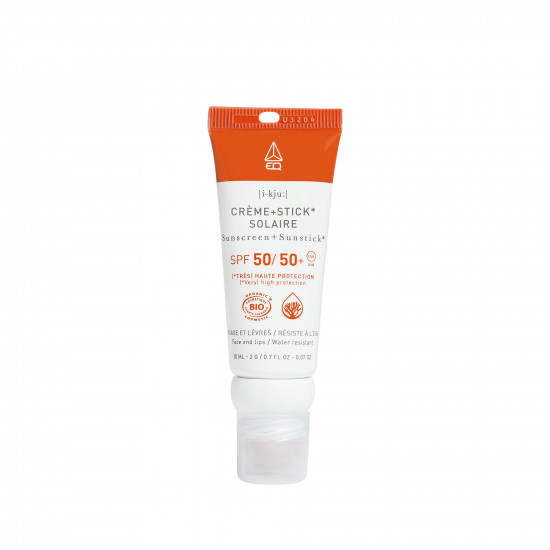 Find the perfect gift for a happy mom

No more harmful ingredients in sunscreens !

Why should you opt for a Cold Cream during winter?